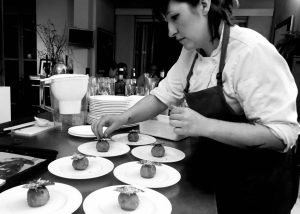 Claire has developed her skills both in the UK and abroad, working in some of the top restaurants in London and New York.  Claire spent time travelling around India, Vietnam, Thailand and Cambodia, where she sampled the local street food and her eyes and tastes buds were opened to the diversely rich flavours of the region. It’s here that her deep passion for both street food and Asian ingredients began. She spent the summer of 2016 working at The Spotted Pig in New York and worked for Yotam Ottolenghi for four years at his Islington and Nopi restaurants where she was head chef. It was at Ottolenghi that Claire created the critically acclaimed scrambled tofu dish that has been featured in both The Guardian and The Telegraph. 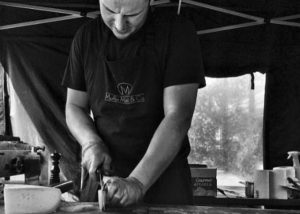 Steve started his career in 2005 and has worked at some of London’s most renowned Michelin starred restaurants, including The Square and Le Trompette. Steve spent a year working in Australia where he gained valuable insight and experience. Once back in the UK he moved into the street food business and has since established the highly successful Muffin Man & Co and The Duck Shed. You can find Steve at almost every food market in London, and both stalls are a firm favourite on the UK summer festival circuit including Wilderness and Festival No 6.